AN OPEN LETTER TO OUR PRIME MINISTER - Malcolm Turnbull


I wasn’t going to weigh in on the marriage equality debate, but I’ve changed my mind. And as a woman that is my prerogative.

You see Mr Turnbull, I honestly don’t understand why you are against marriage of same sex couples.

Do you see it as some kind of threat ?

I can’t see the point of wasting precious time and funds by asking Australians to vote on something that should be a no brainer. It doesn't need to be hard.

Tell me something Prime Minister. Are you scared ?
Do you think that by making same sex marriage legal, you will look weak ? That you will look like a follower ? Like someone who is under pressure to conform to society ?

Well let me tell you Mr Turnbull you are weak, and I believe that you are scared. Of what I am uncertain, but to many your weakness and lack of courage is obvious.
Lend me an ear Prime Minister, as I have something to say to you, something that you ought to know.

I am the proud Australian mother of an openly gay son. A son who deserves respect, a grown man who deserves the right to make his own choices, an Australian citizen who deserves to love and marry the person he chooses  just like you and me, because he is just like you and me. Human and nobody has the right to deny a human being happiness.
You say fairness and equality are at the heart of Australian society so tell me, why are you not playing fair ?
As a parent yourself I am sure that you want your children to live long and happy lives, so why do you want to deny my son the same right ?
I have no doubt that you would want your children to feel loved and complete, so why do you want my son to live through life without the contentment that marrying your soul mate gives ?
I am also sure that you would stand up for your child if push came to shove, that you would stand up and support your child in a fierce manner that only a parent can. And you know what Malcolm Turnbull, that is exactly what I am doing. I am standing up for my son who should have the same rights as his brothers, I am supporting my son publicly and I am being fierce Mr Turnball as only a mother knows how.

What right do you have Prime Minister ?
Can you answer that question honestly ?
Were you not voted in to lead this country and its people, not degrade some of them of their human right ?

Marriage is the commitment of two people who love each other, and no one that walks this earth should be made to feel ashamed of who they are, who they love or who fulfils them.

Mr Prime Minister, as a mother to four sons I must ask you.
How would you honestly feel if one of your children was to be treated differently than another ?
Let me answer it for you.....

It would break your heart ! 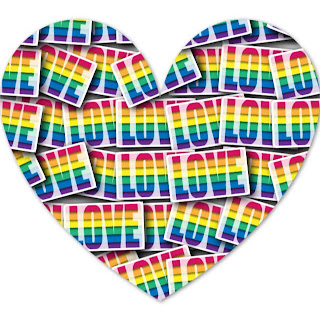