FEELING ALL THE FEELS


During the course of my life I have been continuously let down and cast aside by a family member. Mentally abused to the point that the mere mention of them has at times made me physically sick. Although not solely to blame, I would go as far as saying that this member of "my family" are a major factor of my depression and anxiety.

I have never acknowledged that before today...
Maybe that is a huge milestone for me.

I don't know why I haven't been able to admit that before, I know that deep down I always knew it, but to actually speak of it out loud was not something I was ready to do before now.

Today mid morning I was going about my usual business. Washing, folding, cleaning you get my drift, when I received a phone call that was in my books very unsettling. I knew that to check on this person there was only one thing that I could possibly do, as much as I wanted to let the conversation that I had go,  I knew that this was not the right thing to do. After procrastinating for quite some time, I rang my husband to ask his advice. I already knew what he would say, I was just trying to avoid the inevitable.

I was physically sick, but I made that call...

Surprisingly for the first time in a long long time it went well. My questions were answered, the conversation pleasant, I was on edge the whole time, waiting for the other shoe to drop. I kept expecting to be dumped on, for the sarcasm to rare its ugly head. It didn't.
I don't know whether it was mutual concern for the other person involved that warranted me to make this call or something much deeper, but for now I am not going to read to much into it or make myself sick with worry trying to analyse every inch of the conversation. I have decided to let sleeping dogs lie and take one small step at a time, starting with admitting the affect this person has had on my entire life and why for so many years a deep cut has not been able to heal.

What has made me come to this point today ?
A day that started out as a normal Tuesday but ended with an explosive admittance.
Why am I feeling all the feels of a roller coaster when my feet are firmly planted on the ground ?


Today, on this ordinary Tuesday for the first time that I can remember...

My father told me that he loved me.


Linking up with Essentially Jess for IBOT and spilling my guts to get it all off my chest.

WHEN LIFE GIVES YOU LEMONS


HELLO....  waves frantically, yes I'm still here. It's been an emotional roller coaster around here, so much so that I needed to stop, breathe and deal with the forces that be. Sometimes that's just the way life is. It gets you, when of course you least expect it. 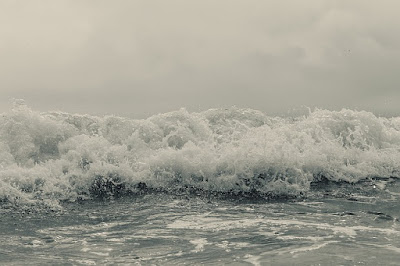 For those who don't know, just before the Easter long weekend our kitchen burst a pipe at midnight and flooded our kitchen. It is still an ongoing disaster that has seen workman come and go but not much progress. We still have no floor, no dishwasher and unusable cupboards. Although it has caused inconvenience, I'm still singing the praises of insurance.

A setback happened in my eldest sons world as well last week. On Thursday afternoon he was told that the company he works for was closing down one of its stores here in Mackay thanks to the economic  downturn we are currently going through, and that he no longer had a job at the end of the month. He was devastated, he loves that job so much. It was tough being witness to his heartbreak, but like the trooper he is, he set about applying for jobs right away.
Thankfully this disaster had a happy ending....
At work the next day, his boss pulled him aside and said she was over ruling the 'head honchoe' and reinstating him at the other store. By a miracle of God my son had his job back.

Although we have had a difficult time dealing with these inconveniences, there is always someone that is going through something much bigger than you. Yes these things tried our patients and brought unwanted stress into our lives, they are however small in comparison to the battles of others.

A few weeks a go, my beautiful Uncle was diagnosed with an aggressive form of cancer. It hit our close family very hard, but we were staying optimistic and leaning on our faith for a positive outcome. Things are not going well. Just three weeks after his diagnoses, he is in intensive care. My thoughts are consumed by him and his battle, my heart with my mum as she sits beside him praying for God to lay his hand on her brother and perform another miracle. If things don't go well it will break her, they are so very close.
Even though at this stage things are not going as well as we want them to, I am keeping the faith and praying more than I have in a long time. I ask those of you who pray to add my Uncle to your prayers and keep him in your thoughts.

On a positive note, things can only get better from here, life has delt its hand, and rolled the dice on a bad run for us this past month. But with this brand new shiny week, and the beginning of a brand spanking new school term, I am praying that for now at least we have had our share of crap and are entitled to a little happy.