When we became a household of six again, I thought the last of my sanity was about to walk out the door. I mean how were we going to co-exist as a full house after so long ? Would it even be possible to calmly have my four boys living together under one roof once more ? I was excited to have my nest full once again but I wanted a smooth transition, not one filled with drama and dare I say it a lot of sibling fighting and rivalry. 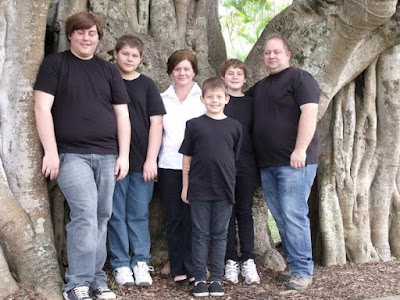 I knew that it would only be natural that my boys would butt heads. The youngest two had become used to being the only kids at home and had formed a peaceful duo that was about to be tested in a big way. For the oldest two, they had to learn to live at home with not only their younger siblings but also with their parents, and the household rules that would come along with that. That is a big step, a huge learning curve. Would it even be possible after all this time ? 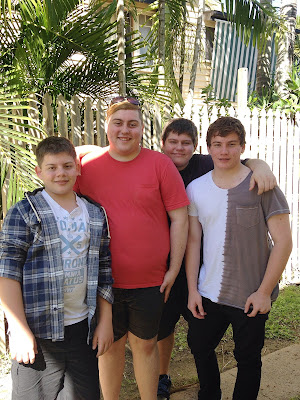 It has been a little over a month now since we have re-entered this family status as a whole unit, and I must say that I have been pleasantly surprised and very proud of my sons. Not once has there been any bickering. There have been none of those sibling fights that make me want to tear my hair out at the roots. It has been a calm, smooth transition that has delighted me to no end.
Don't get me wrong, I am well aware that world war three could be just around the corner waiting to explode in my face. 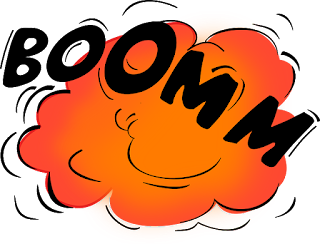 I know that nothing can and will stay smelling like roses forever. All it could take is a side way glance at the wrong moment to bring our calm household to its knees, but for now I am going to bask in the glory that our train has so far stayed on its tracks. That we are living in harmony without a dark cloud in the sky. It is a mothers prerogative to praise her family when it is due, and to cross all her fingers and toes, hoping that the smooth sea that her ship is sailing on stays that way.

Linking up for this weeks IBOT with the gorgeous Kylie