Thousands of people showed just how big and brave they can be recently, when they joined in and shaved or coloured their hair for charity.
Over the four days between March 13-16 many took part in the event to raise much needed funds for the Leukaemia Foundation.
The World's Greatest Shave has raised millions of dollars over the years to help researchers find a cure for this terrible disease that affects so many.

This year the foundations goal was to raise $20,500,000
So far the count has reached a staggering $10,802,300 making them 53% of the way there.
With the funds still rolling in, it looks like the foundation will be smiling brightly with the efforts of many for yet another year.

This year, my son took part in the shave with some of his mates at work. As yet their final amount raised is still unknown (money is still to be collected and counted) but no matter how much was accumulated by these lads the point is they took part and helped contribute, showing that not all teens are self centred with unfavourable behaviour. More praise and encouragement needs to be given to our teens, there is so much focus on the negative, and not enough on the positive. 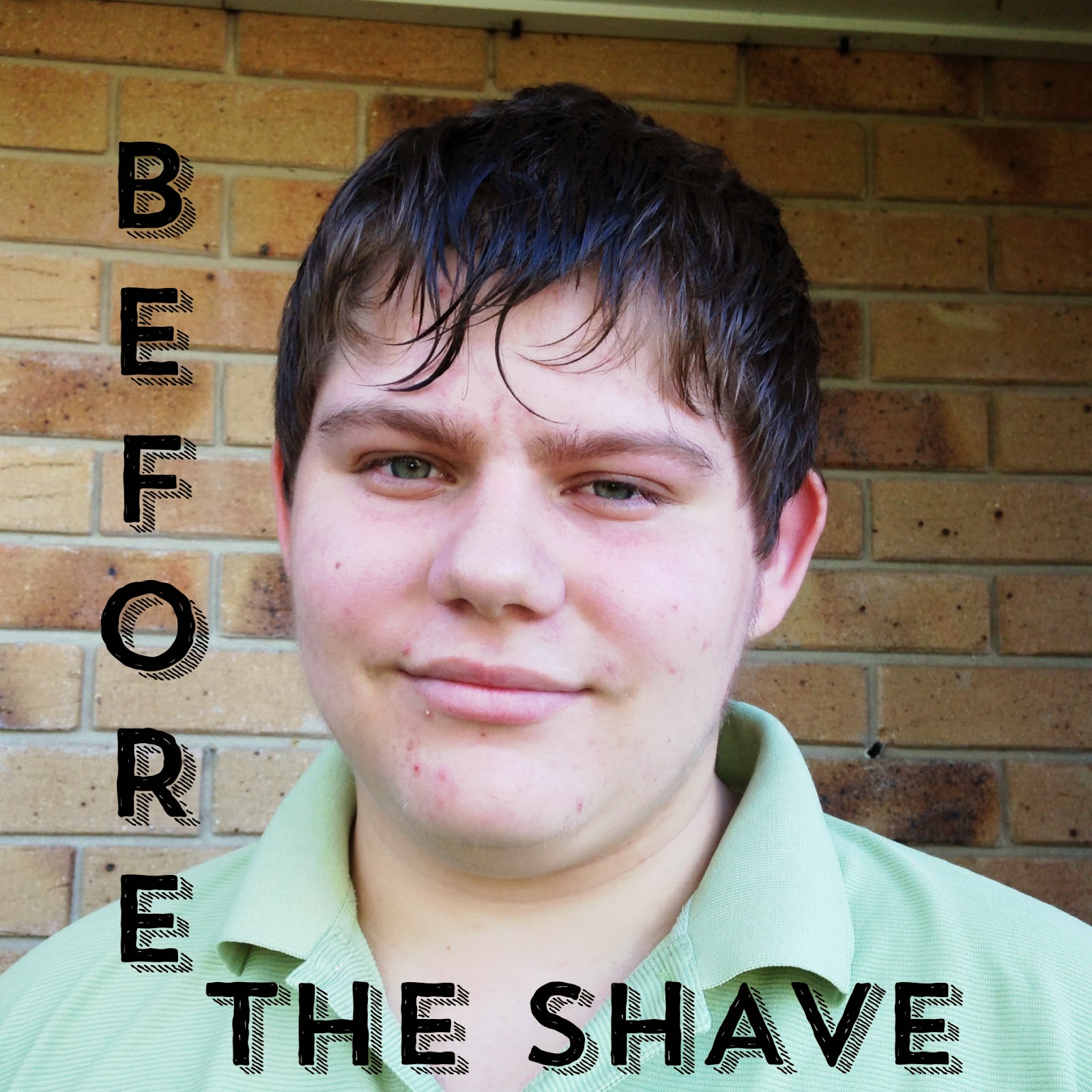 The support the boys received from their place of work and from their families and friends was incredible.
I am one very proud Mum.
All the organisation was done by the boys themselves, the only thing the parents took part in was helping out with the sausage sizzle.

The hardest part of course was getting my boy to stop and 'pose' for the before shot......I'm guessing that he knew that this blog post was to be written ! 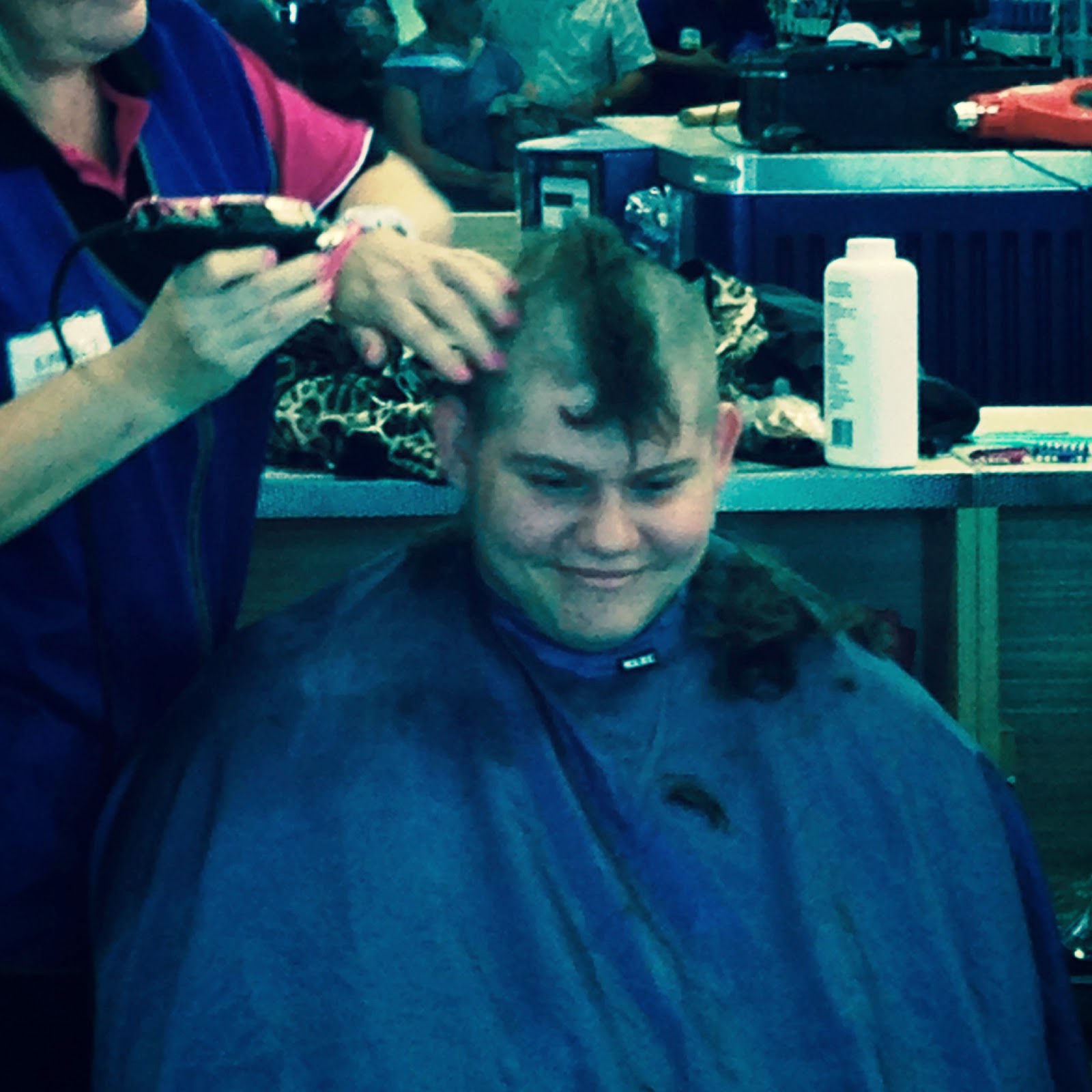 There was a lot of support in store. Many stopped work or shopping to watch and cheered them all on with loud clapping, whistling and cheering.

It was a whole lot of fun for a very good course. 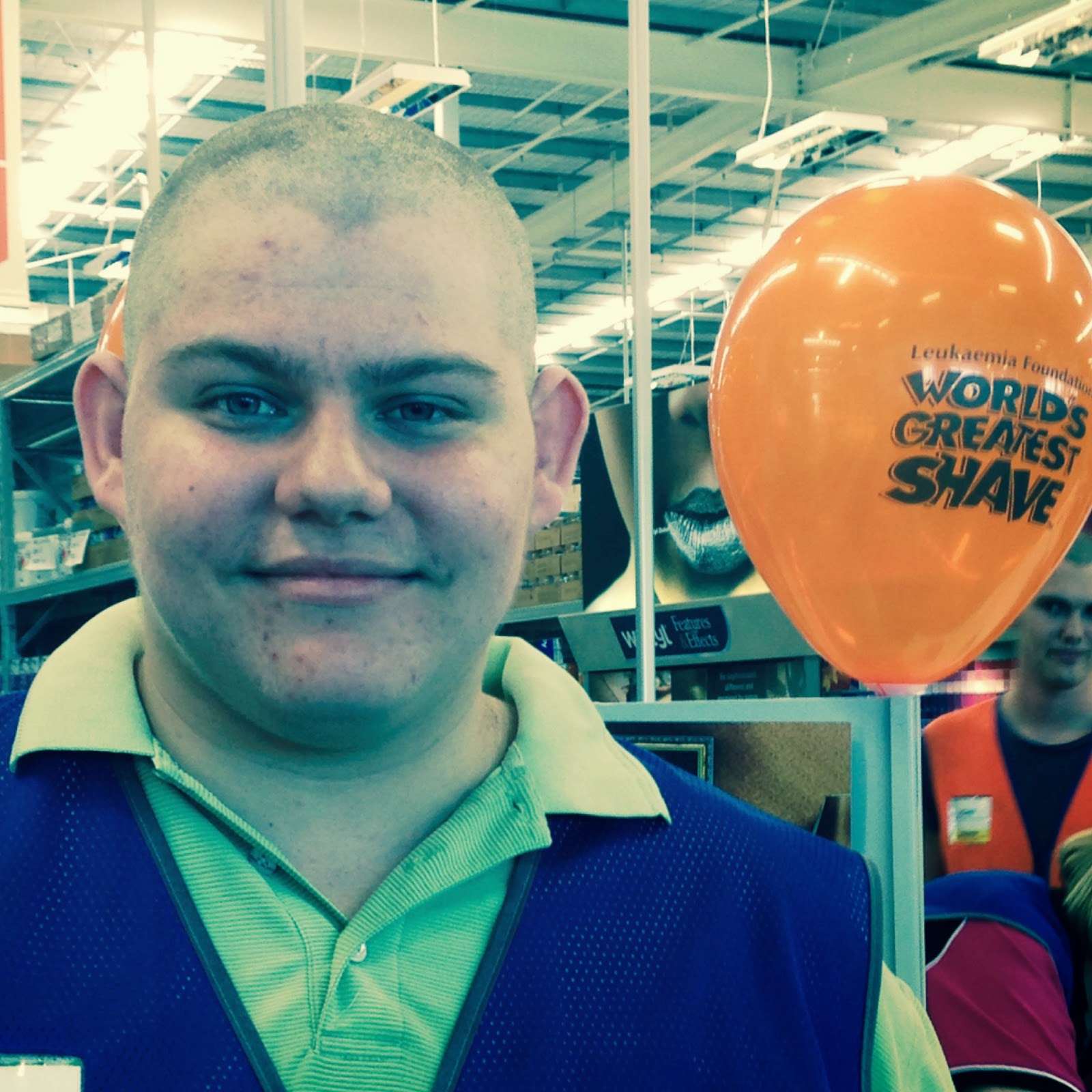 There is still time to take part and help raise much needed funds. Thank you so much to everyone who has participated so far.....

I know that I am bias
After all, I am his mum
But my son, he looks handsome both with and without hair :)

beck xx
this was not a sponsored post, just a proud mum praising her son

Linking up with the ever fabulous Jess for IBOT