I'm still having trouble believing that my baby turned fourteen last Monday, it doesn't seem that long ago when we welcomed our youngest into our family. 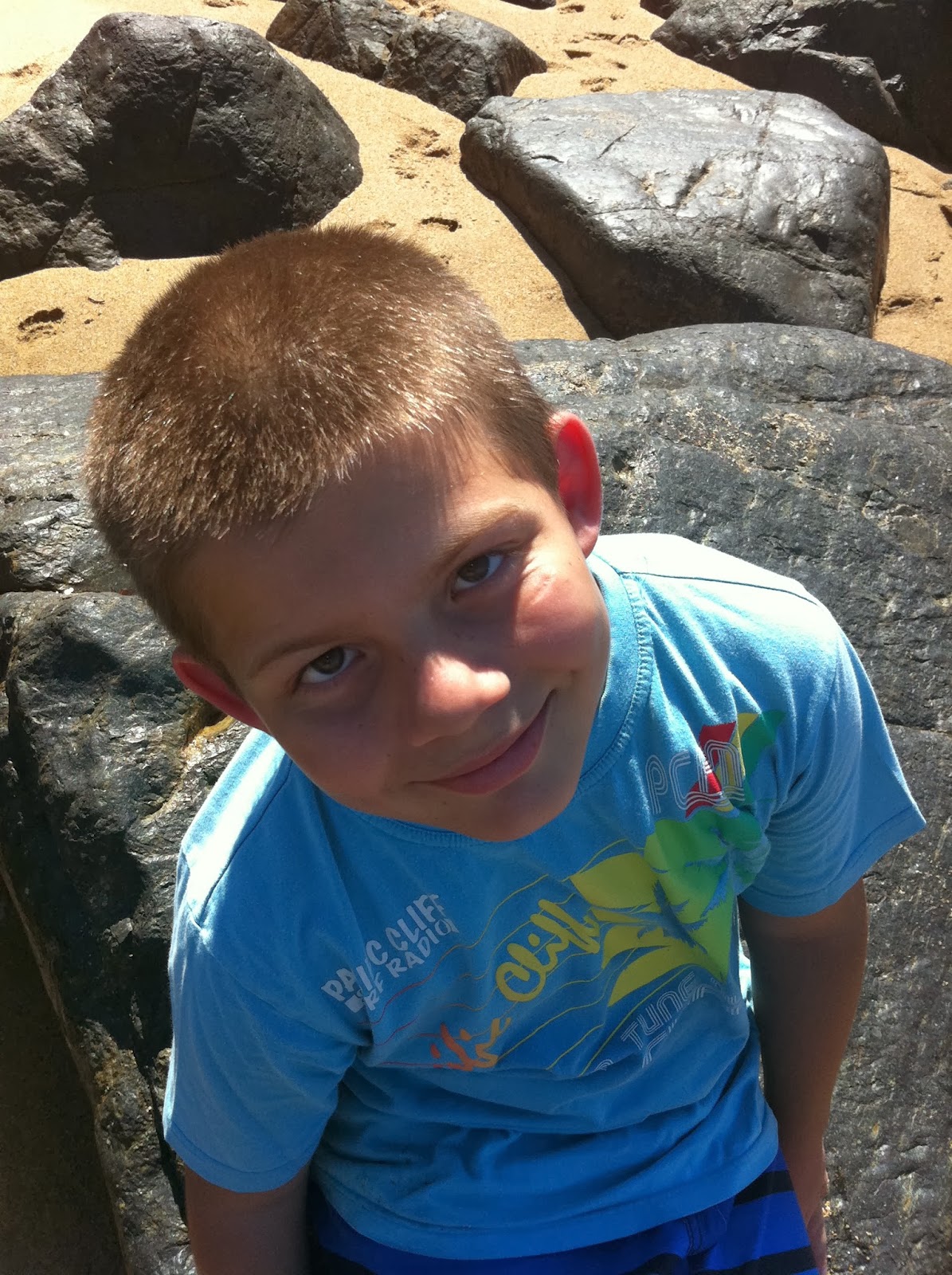 Being born in January means that he has not had the chance to have many birthday parties that include his friends. Most of the time they are away on holiday or we are, so most years we have celebrated his birthday as a family only.
He has never missed out on the 'party' atmosphere, but lets face it, having your friends around to celebrate with you is the ultimate 'awesomeness' when you are a kid.
This year however the stars aligned and everyone was home. Finally a birthday party was on the agenda that included his closest and dearest friends.

A sleep over, swimming and movie night was what Mr 14 requested, and so on Saturday, Mr 14 waited excitedly and impatiently for his tribe of friends to arrive.
Excited, noisy and full of laughter. It was party time. 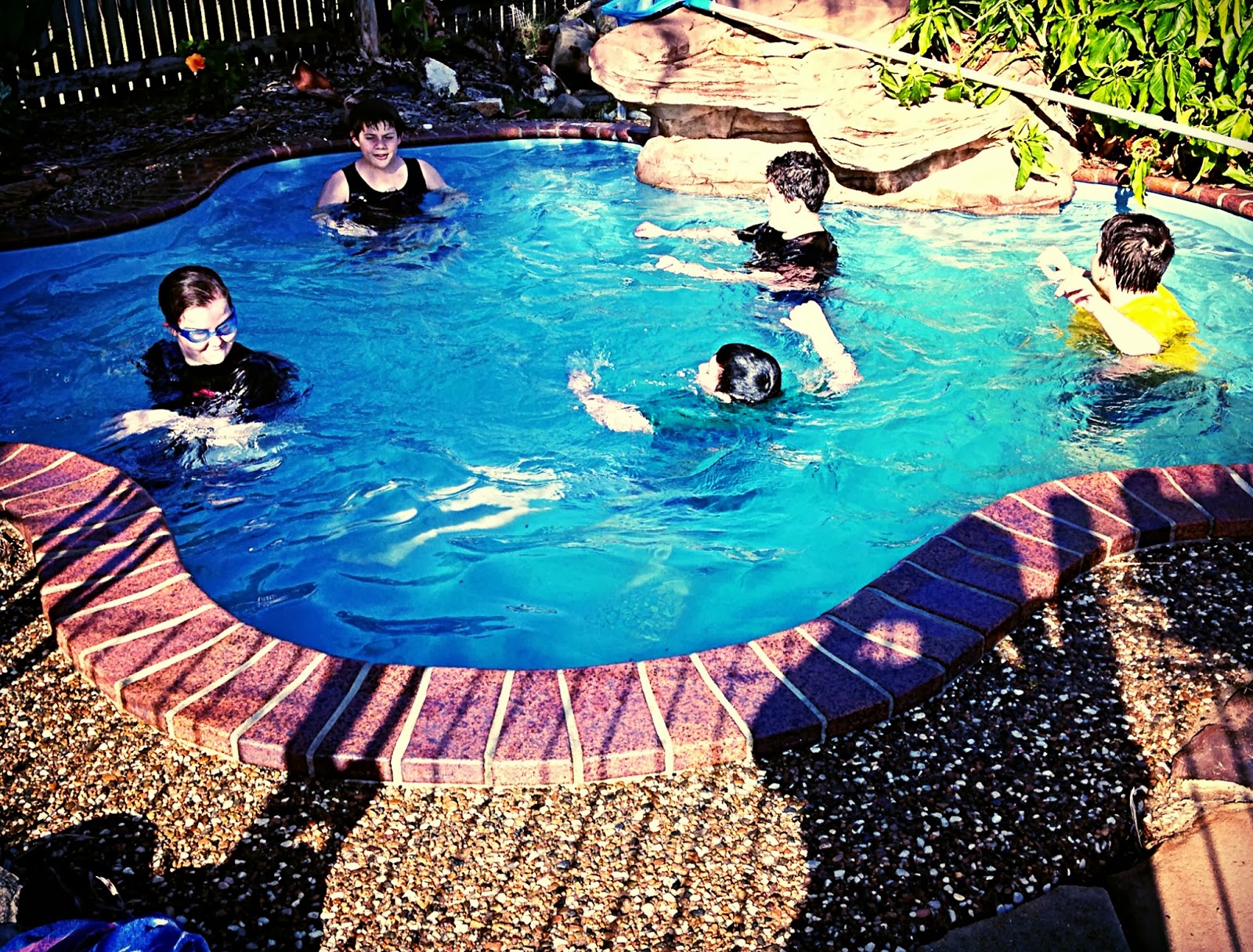 They began to arrive at two thirty, Mr 14's excitement was contagious. It was wonderful to see him so happy.
The first stop was swimming. They played games and swam for ages, ending up with pink noses despite sun cream being applied (thank goodness for aloe vera)

Swimming makes you hungry and so food was served......and for the short time that they were feeding their faces was the quietest that they were all night ! Finally for a short while, my ears had a rest : )
After a few board games and some rowdy playstaion fun it was time for cake, for what is a birthday without one ?
So while everyone was within cooee of each other I rounded up the crew and led them in a rowdy rendition of Happy Birthday.... 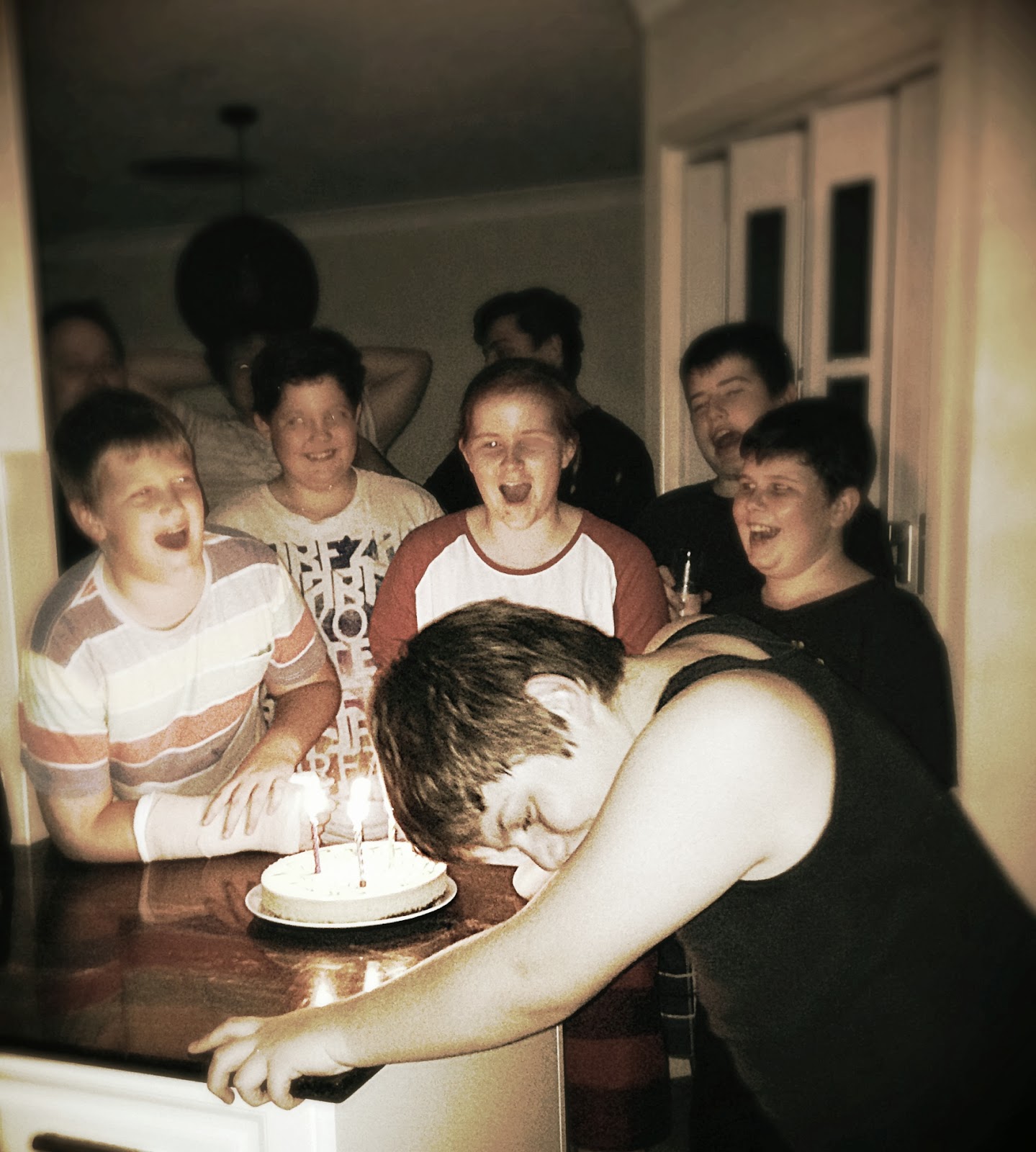 Mr 14 was slightly embarrassed to say the least, and it was caught quite well on camera as the photo above shows. His friends were enjoying themselves immensely and on the quiet side, so was Mum : ) 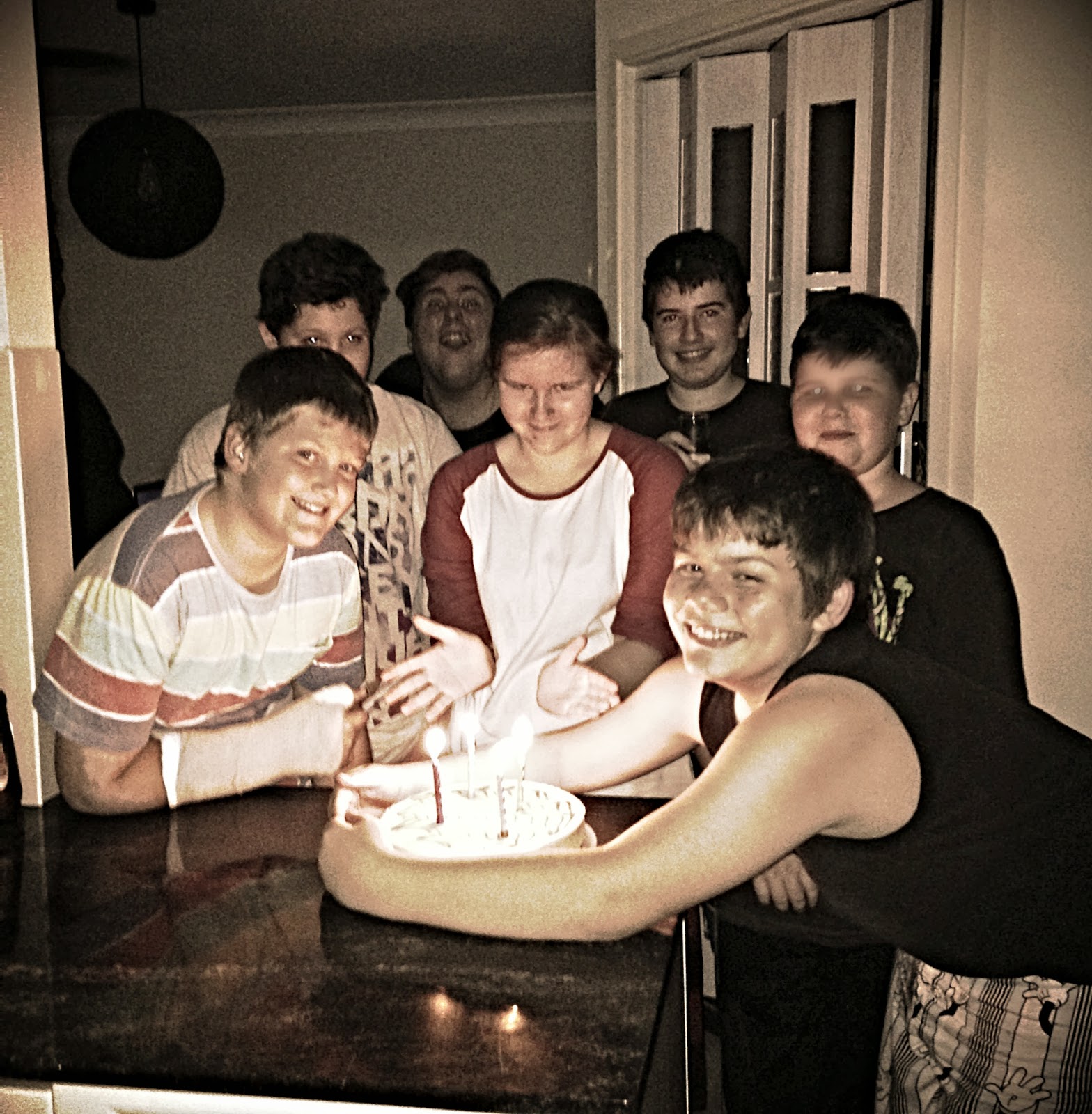 They are a great group of kids, polite and full of fun, the kind of kids you want your child to make as they take on their first year of High School. It certainly makes you more relaxed as a Mum knowing that your child has chosen well and joined a great 'group' of kids to 'hang' with.

Not much sleep was had on Saturday night, but when you are a kid pulling an 'all nighter 'is half the fun !
I'm so glad that my boy finally had a birthday shared with both family and friends, memories were made and fun was had....
Now lets hope that he doesn't have to wait to long till the next one.